Thank you, everyone, for joining us for another Dev Blog! This time, we’ll be talking about Brooklyn Heights – our largest map so far. It’s a massive work in progress and everything here is still in development and subject to change, but we think you will appreciate seeing it regardless.

Brooklyn Heights is the northern tip of the Borough at the south end of the Brooklyn Bridge which connects to Manhattan. It’s a beautiful, modern, upscale neighborhood in real life that we thought would create a striking juxtaposition when collided with the chaos and terror of a zombie apocalypse. The neighborhood has a breathtaking vista of Manhattan and the Brooklyn Bridge from the Promenade which will allow us to allude to distant turmoil while using the historical brownstones and apartment complexes to tell stories of the final moments of the residents of this once elegant neighborhood.

On a September morning at dawn, Brooklyn Heights was condemned by the zombie pandemic. The aftermath of the recent outbreak can be observed throughout the streets; the formerly bustling neighbourhood has been reduced to chaos as citizens tried to flee and the military tried to maintain order. However, building interiors and underground areas were relatively unscathed as people abandoned their homes.

We want to have a mixture of areas that feel safe, chaotic, damaged, elegant, depressing, and we have so much room to play with on this map. The dichotomy of light and shadow intensify feelings of unease, making it difficult to know what could be lying ahead in the darkness. We want the environment to be dripping with tension. Just from wandering around the world you will see the telltale signs of last moments of the residents, police, and soldiers who once fought to keep this place – their homes – safe and secure. 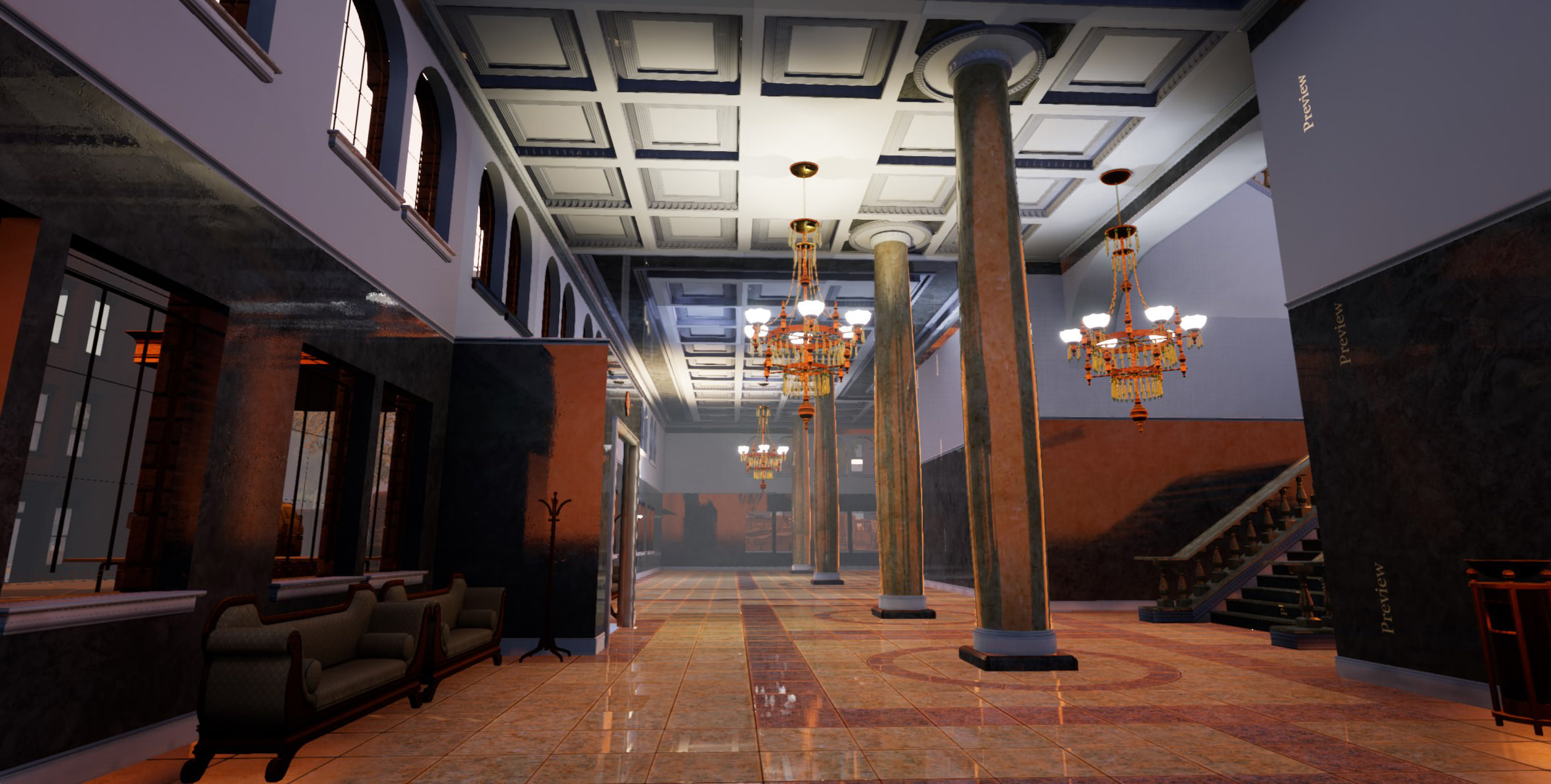 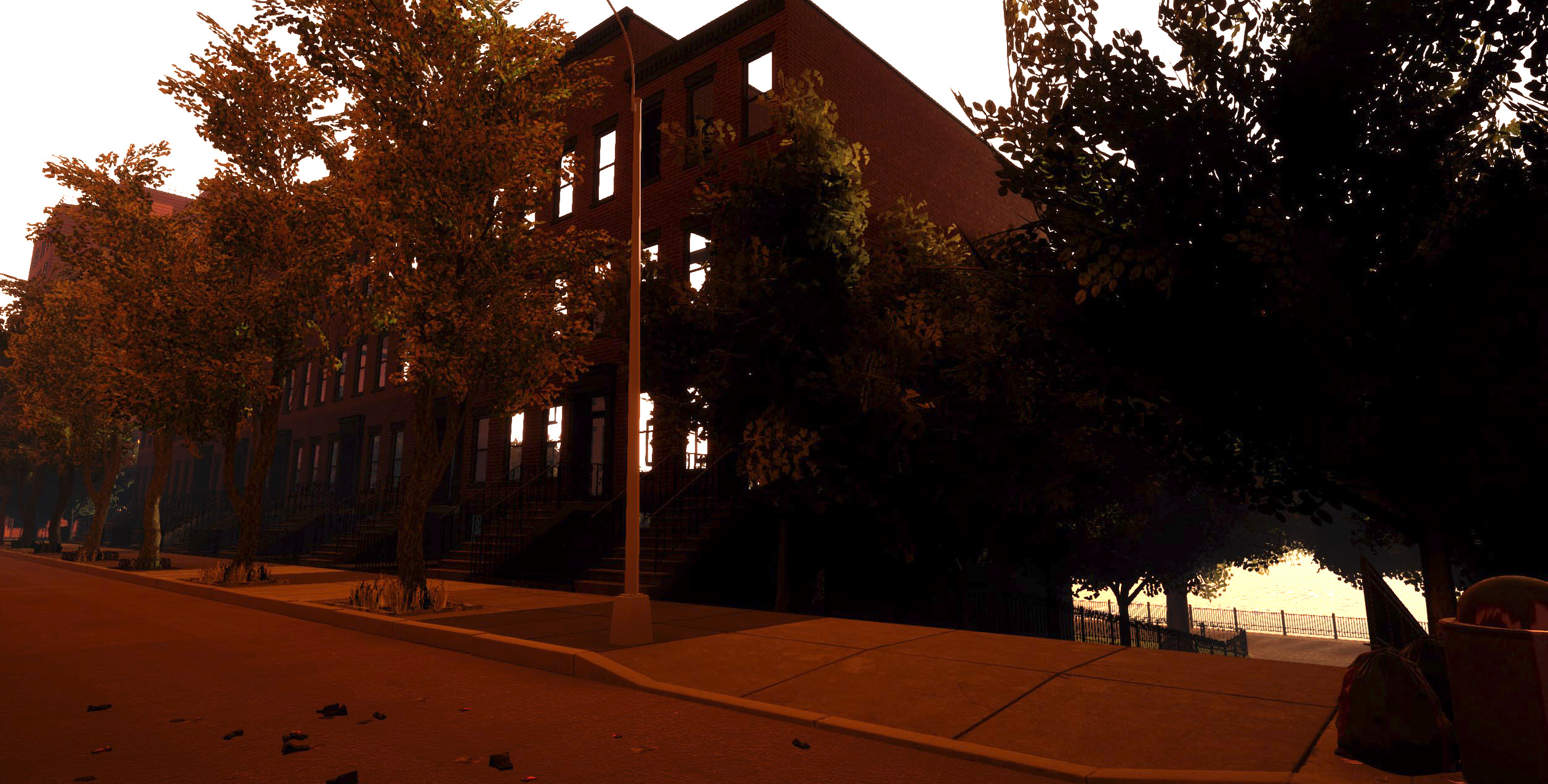 This map is much larger and more nonlinear than any previous map. There are tons of places to explore and most buildings have at least some interior space. The map includes points of interest such as a courthouse, auto shop, record shop, basketball court, hotel, office building, doctor’s office, and a series of large apartment buildings. 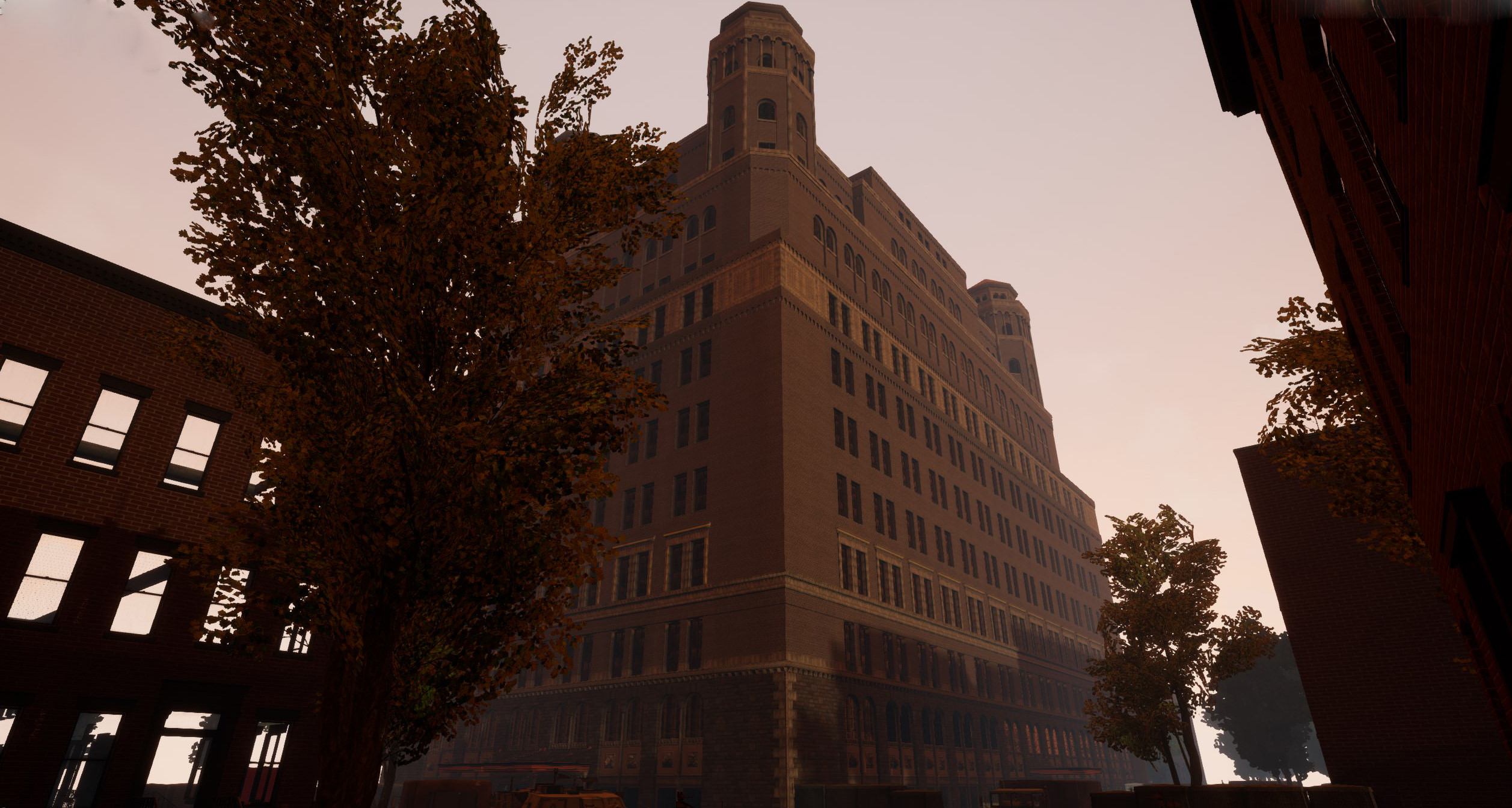 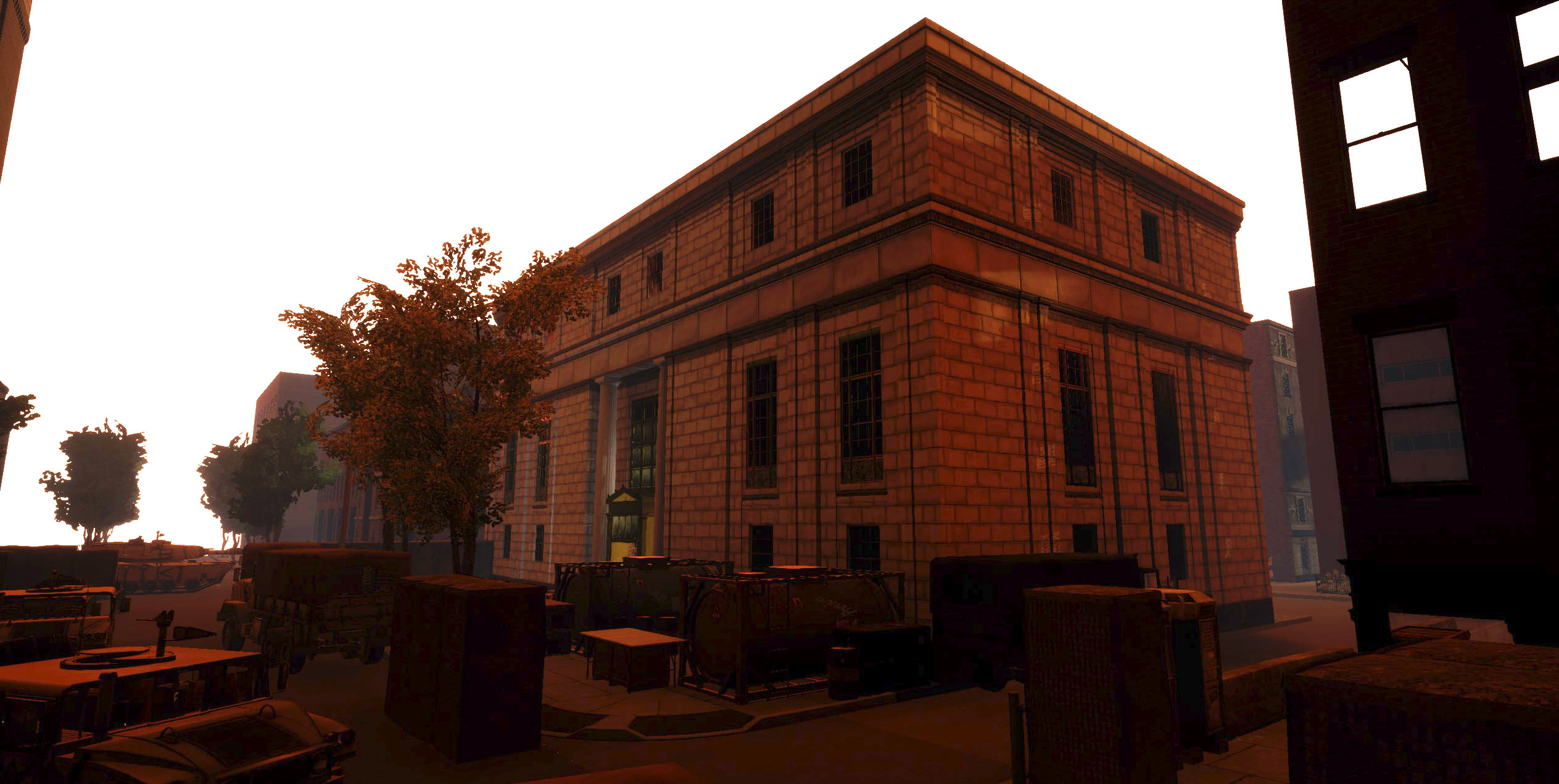 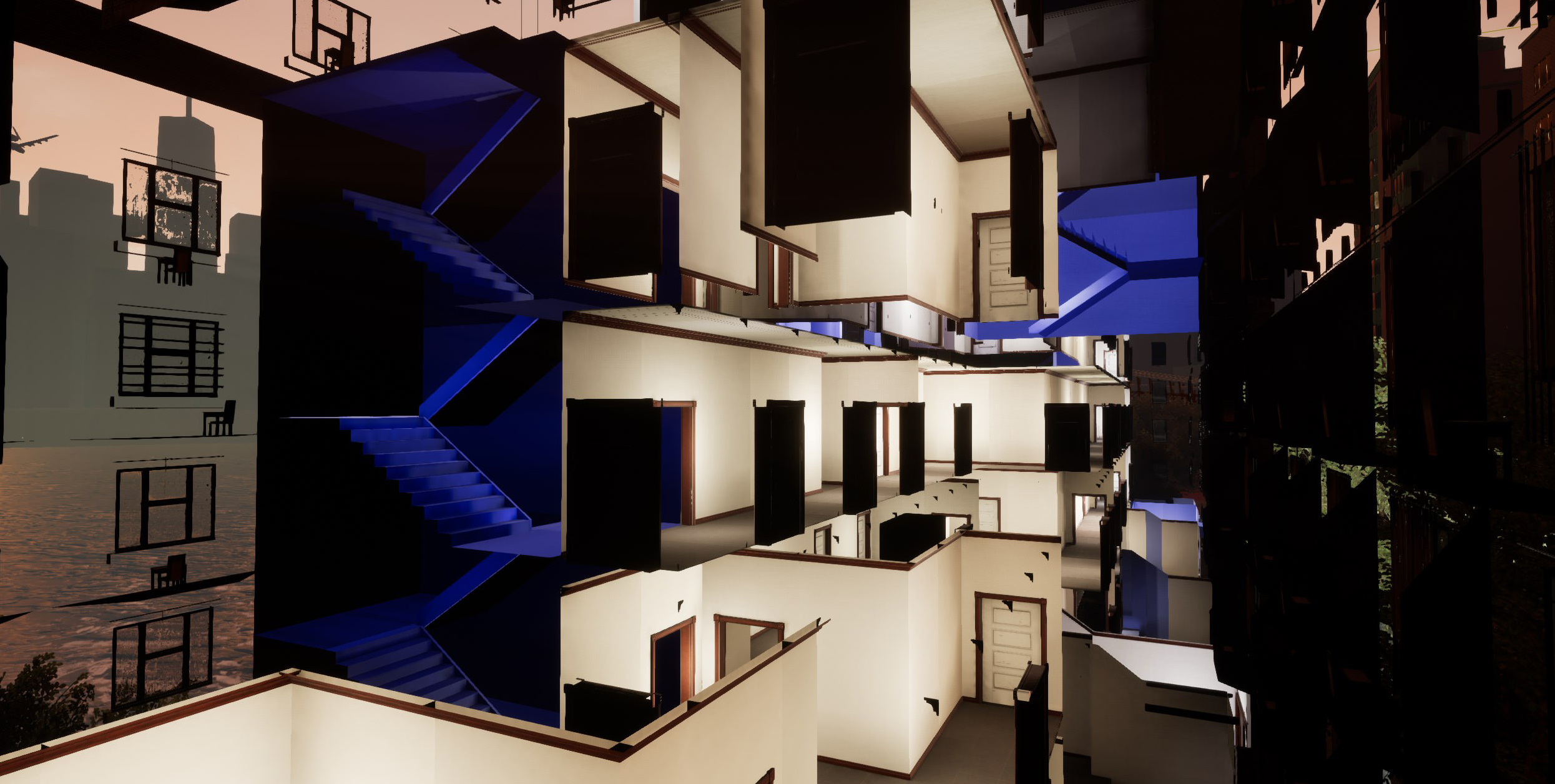 We also have underground areas to explore such as a sewer system, and subway. 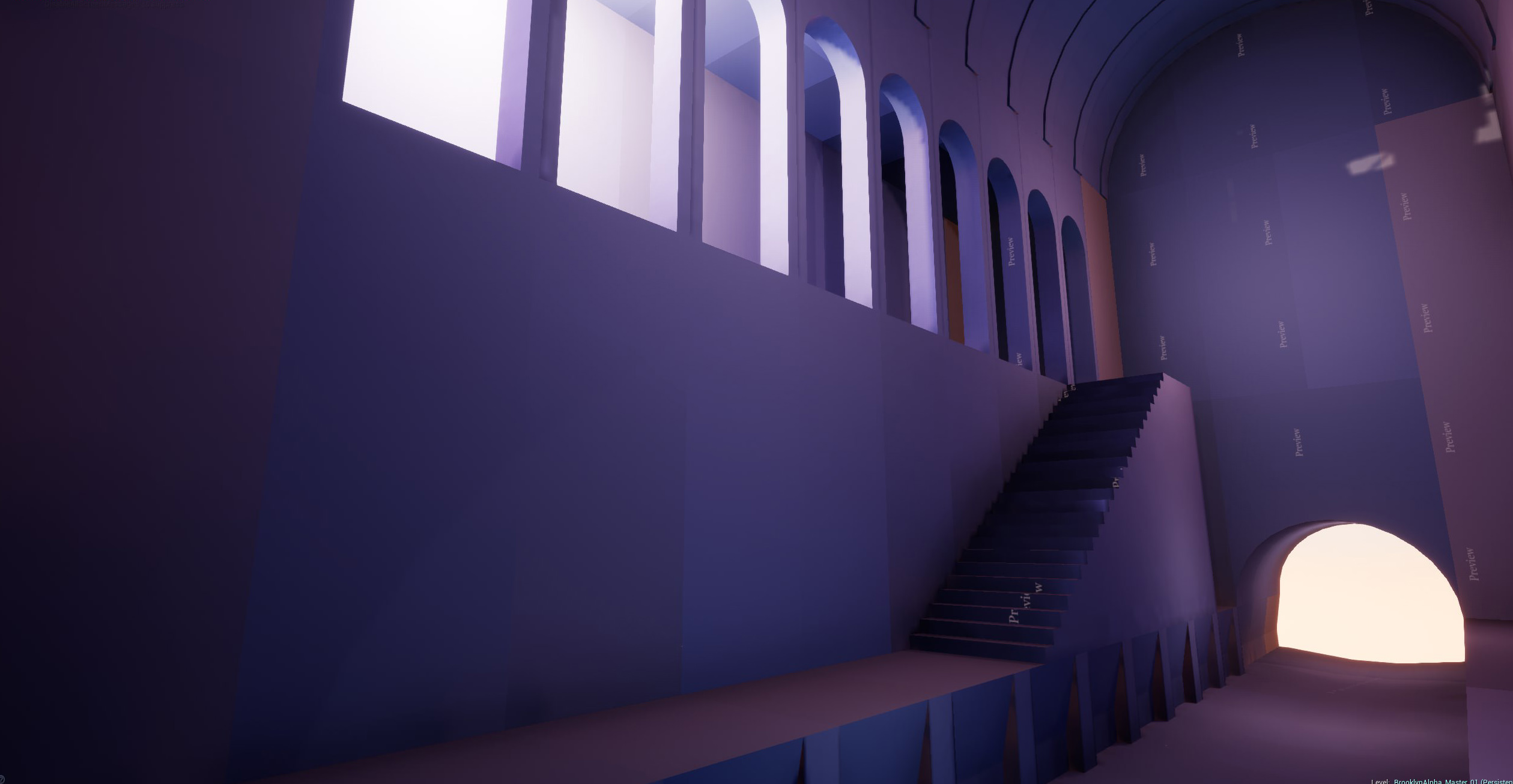 One major thing we wanted to try and achieve with the Brooklyn map, as our second production map, was expanding our randomization system to go a step further. In NOTLD, our randomization is focused mostly on item and objective spawning, and in Brooklyn, we’re adding in another layer of randomization which is randomly spawning interiors. As you can see in the proof of concept example below, we can have a row of brownstone houses and when the map runs, it’ll randomize which of those houses gets an interior, and which interior it gets.

The scale of this map will really force players to explore, work together and struggle to stay one step ahead of their living and undead adversaries. Its complex structure, immense verticality, randomized elements and a mix of tight and open spaces create a truly diverse and unique environment in NMRiH2.

Thank you all for reading this Dev Blog, and we can’t wait to show you more of Brooklyn Heights as it comes together over the next few months. It’s our most ambitious map to date and is shaping up to be something special. We hope that you’ll come back again for our next Dev Blog and join us on our Facebook and Steam Community pages!

**NOTE**  Screenshots of the Brooklyn Heights map are early work-in-progress captures, we expect to share higher quality renders soon as we continue to build out the map within the game engine. Stay tuned!